PROPOLIS / GIVING BEES BACK TO THE CITY 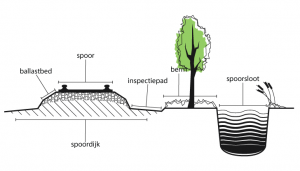 Start of the research looking at the biotope outside of cities, later on we shifted our focus to cities. 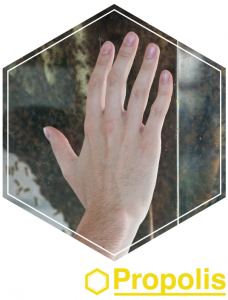 s back to the new biotope of cities, by using train stations.

Bees have it all: they are cute, hugely necessary and slightly scary. They are also going extinct, which would not only lead to a huge loss of money to farmers but could be dangerous to our survival. But increased urbanisation could actually be a boon to bees. Cities have lots of flowers and virtually no pesticides, making them an ideal biotope for bees thrive in. Bees will travel up to 3 km from their hive, so a central position in most dutch cities will mean that they will not reach the damaging farmlands. The bees themselves are quite industrious, our research shows. The build their hives using material called ‘Propolis’ (‘for the city’).

The proposed train station based object.

But where to place them?
Most dutch cities have a trainstation, in fact, 75% of the dutch population live within 5 km of a station. So what better way to reintroduce urban man to bees than with train stations? But just adding bees would just be a addition, or perhaps even worse, a nuisance. So our proposal would be to make use of bees, as humans have been 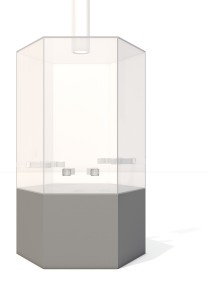 doing for thousands of years. By adding beehives to platforms, we will make the bee visible again. But thats just another addition, what we propose to do is add see through beehives with hand holes. This way the weary and cold limbed wintertraveller can warm his hands inside the hive, as the hive is always atleast 25 to 30 degrees.
This experience will be mirror what bees are: cool to look at, necessary and by putting your hands into the hive, slightly scary.

Proposed to NS, a collaboration with Moritz Pitrowski.